Devon Kurtz is the Public Safety Policy Director at the Cicero Institute. He studied Classics at Dartmouth College, where he also served as Editor-in-Chief of The Dartmouth Review. Prior to joining Cicero, Devon worked at the American University of Kuwait in Kuwait City. Beyond his professional role, Devon also mentors men coming out of Vermont's prison system through the Hartford Restorative Justice Center. His writing on crime, police, and prisons has been featured in The Wall Street Journal, The Hill, City Journal, and The Boston Herald. 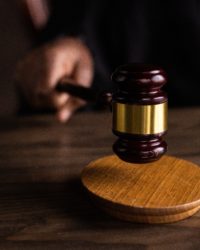 BY Devon Kurtz
On any given day, approximately a half-million presumptively innocent individuals are held in… BY Devon Kurtz
In recent years, policy experts and corrections officials alike have sounded the alarm…

ALL RESEARCH BY DEVON KURTZ ALL COMMENTARY BY DEVON KURTZ