Ira, an older, soft-spoken homeless man, recently went to the Downtown Austin Community Court to see if he was eligible for free housing. One of my friends, a fellow researcher, accompanied him. Ira answered questions about his background, including about whether he had had run-ins with the law or a history of drug abuse. After the interview, the social worker at the court told Ira that his problems were not severe enough to get housing. Dejected, Ira joked, “If only I would have been a drug addict.” The social worker shrugged and responded that the community court’s housing program “takes a lot of things into consideration, but yeah.”

Today, drug abuse is not a barrier for homeless people seeking housing and welfare. In fact, many policies make drug abuse a prerequisite for services. Federal, state, and local programs give addicts more funds and assistance than nonaddicts. And other favors go to homeless individuals who can prove that they’re engaging in criminal activity.

The government claims that it is trying to support the most vulnerable people, which means finding those with the most problems. But it has come to regard those problems as immutable, in need of a constant flow of funding. The government ignores how, by rewarding destructive behavior, it makes it harder for people to get their lives together—and thus, how it is encouraging the very problems that it claims to be solving. 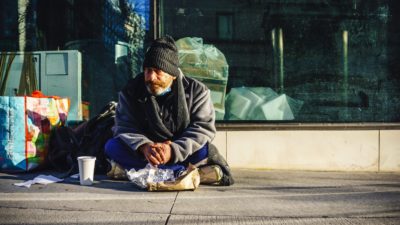